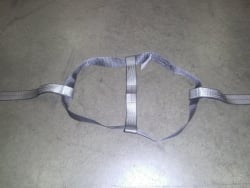 Story of the RV Trailer and Utility Trailer Wheel Strap...

In late March of 2014, I got a call from Bette Lakeyoungberg looking for a bunch of tow dolly straps.  Usually we only sell tow dolly straps in pairs, so I was really confused at first.  She then told  me she didn't want any hooks on them.  Bette said her son Brian Bearer had found some straps on our site that worked really well for hauling trailers, and that he had gotten the guy who took his order to sell him some straps with no hooks.  I looked up the old order, and sure enough Gunnar had sold him some tow-dolly straps with no hooks back in 2011. Gunnar is famous for creating new options for old products to help customers out.  Anyway, long story short, Brian got his mom into hauling trailers, and told her to just order up the same set of straps and ratchets from Autohauler Supply.

It was the first time I'd heard of anybody using a tow dolly strap this way, but after Bette explained it to me, I had to admit it made a lot of sense.  By using the front and rear strap of a tow dolly strap, you basically created a double ratchet system for pulling front and back of the RV or trailer tire.  She sent some pictures to show me how they worked, so you can see these in the additional photos section.

I sent a request over to the shop, and  after a few drawings back and forth, we came up with a design based on Bette's strap that had a couple improvements.  One difference is we took out the metal D ring which fixed the tails in one place, instead going with a sewn loop that can be positioned where you want it.  Another change was purely cosmetic-- we made the strap gray and black.  You'll notice the Bette's straps in the addtional pictures are yellow, and if you blow them up really big, you can see the tails that go to the ratchet are sewn into a stationary delta ring that can't move.  These new trailer tire straps can be slid into different positions, which we think should make them a little easier to use. 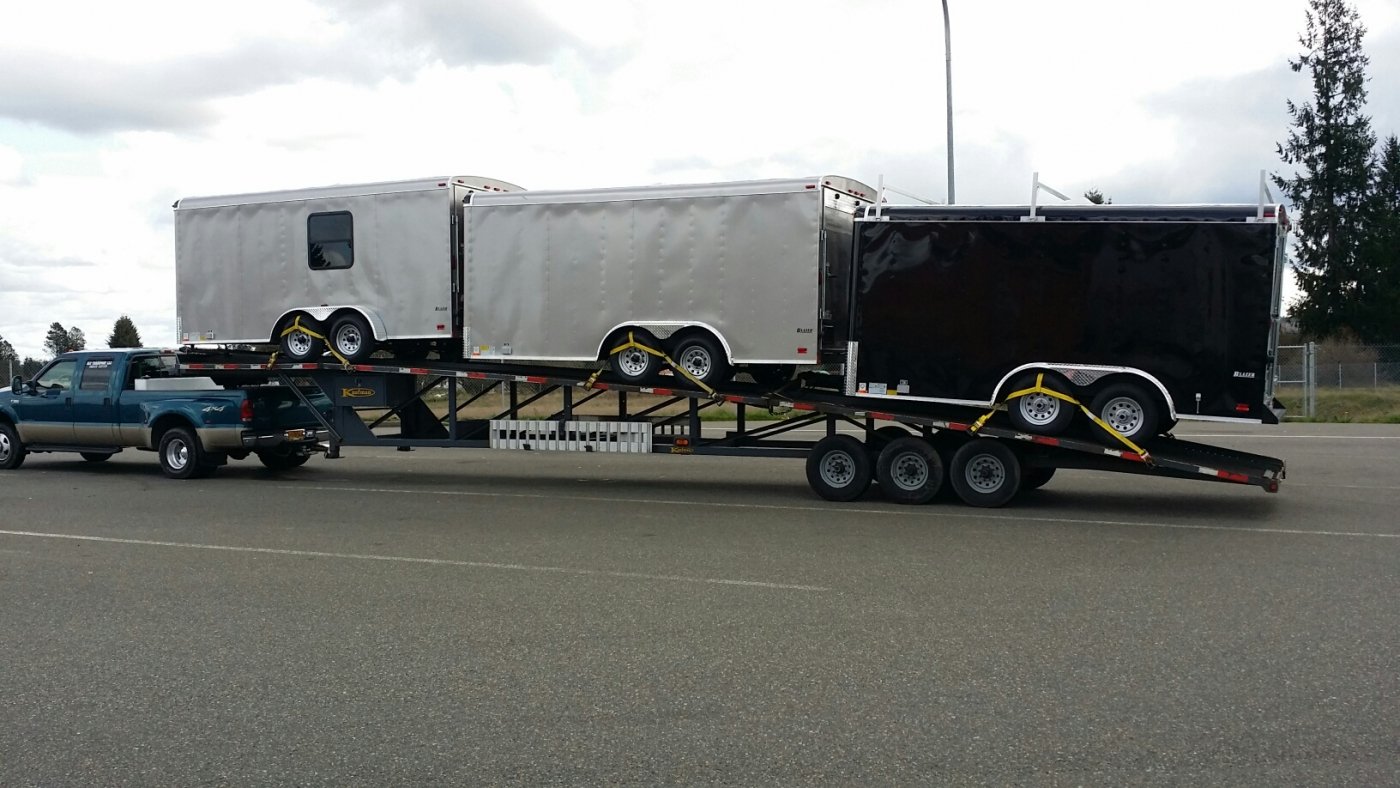 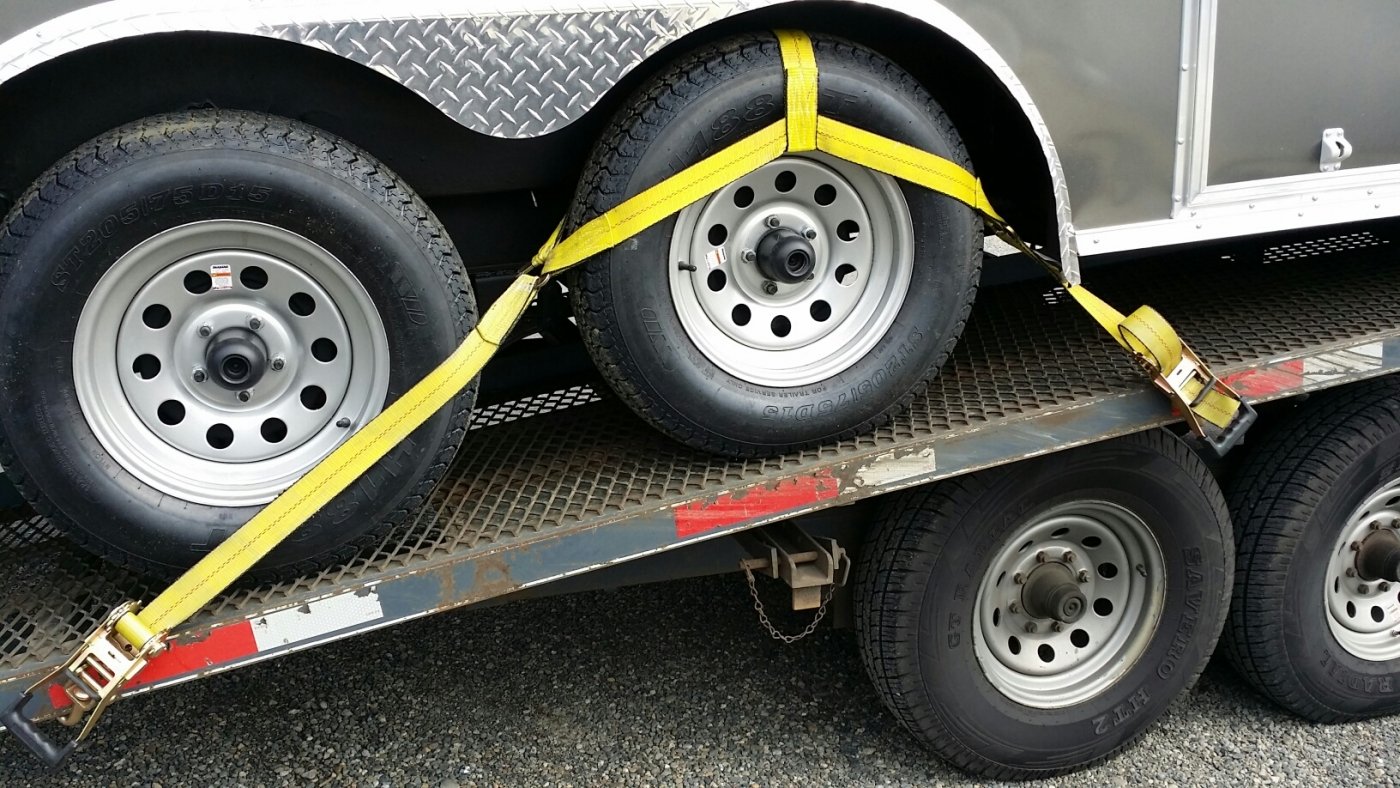 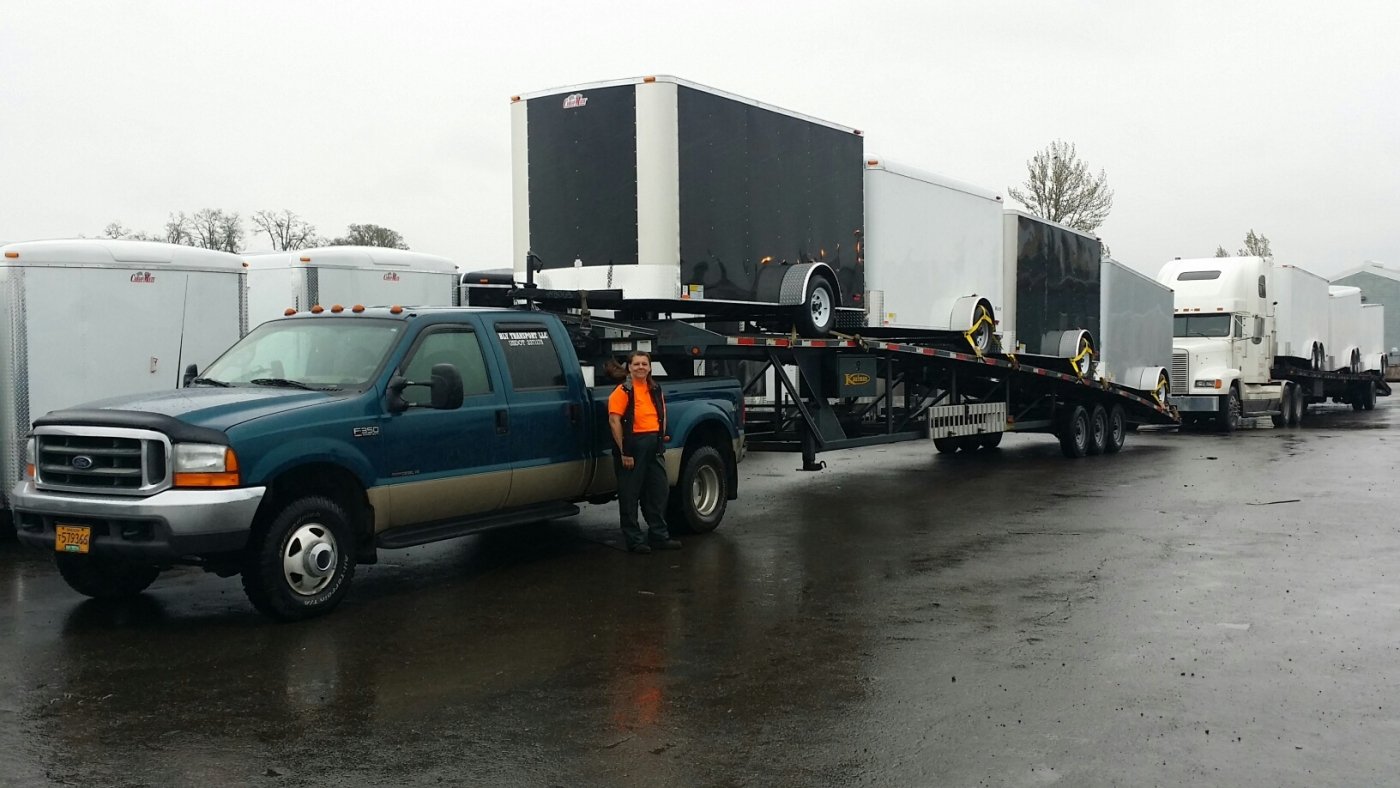 Work great on RV's, boats, cargo trailers and of course cars. I bought these because 1 customer didn't want transporters using chains to tie down their trailers. These were the answer! Great product!
Reviewer: Bartley  (Reviewed: PCC-TN-16-3Dx4 - (Box of 4) RV and Trailer Wheel Strap)
09/28/2016 09:13pm

Nice straps. Haven't had a chance to use them yet but I'm sure they'll do the job.
Add Your Review